Click here to report a round played but not posted.

Add or Remove a Tee Time

Click here to Add or Remove a Tee Time Request.

Click here to fill out the lost and found posting form. 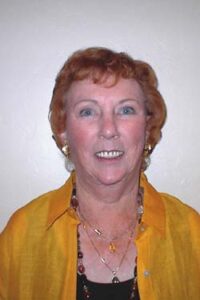 When one thinks of Rosemary Topper one thinks of SPUNKY.. COMPETITIVE.. and all of 100 lbs. to boot.  She showed up on ladies’ day with one thought in mind.. to win. Her red hair, big hats and characteristic gait were endearing. When 18 holes became too much, Rosemary joined the Sputters.  When she no longer played golf with MPWGA, she would often volunteer to help out with our tournaments, working at registration or wherever help was needed.

Rosemary is remembered as sweet, friendly and upbeat at all times– never complaining.  SaddleBrooke resident, Ellie Breitbart, whose late husband Alan was Rosemary’s former brother-in-law, fondly remembers a trip to Rocky Point, with Alan, Rosemary and her husband Gene.  They laughed the entire weekend enjoying the weather, margaritas and each other’s company!  She was also a wonderful seamstress and was working on a quilt just before her passing.  Rosemary lived 89 adventurous years.  To the end she maintained that competitive spirit and love of life! 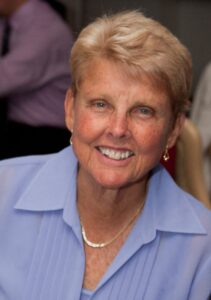 On June 16, 2020, family and friends lost a shining star. Many words describe this remarkable woman: matriarch, selfless, and determined are just a few. Mary was the center of her family, making sure everyone else was doing well. She had lifelong friends in Chester County (PA) where she had lived for 50 years, as well as in Tucson over the last decade. Her love of others included serving as a hospice caregiver in PA and making regular contributions to the Golden Goose (Catalina, AZ). Despite several health hurdles over the years, Mary was determined to overcome. She was fiercely strong on the inside and gently gracious on the outside. In addition to family and friends, her interests were golf, walking, arts & craft “fairs,” swimming, the beach, puzzling, playing Skip-Bo, making Christmas cookies, hosting family reunions, and eating Peanut M&M’s, jelly beans, Goldfish crackers, and pretzel rods. Mary is survived by her loving husband Pat; son Rick and wife Barb, and their children Brooke and Mitchell and his wife Stacey; daughter-in-law Paula and her daughter Madison; sister Kathy and her daughters Carolyn (and family) and Karen; as well as niece and nephews Karen, Bob, and Craig (and their families). She was preceded in death by her son Doug. The light that shinned brightly in Mary lives on in all who knew her. 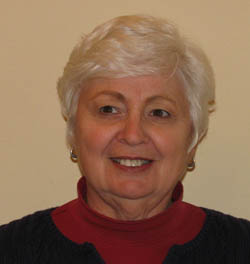 Pat Denton, A good friend to many
Submitted by Susan Kjar

Pat Denton was a loving wife, mother and grandmother.  She moved to Saddlebrooke in 2008 and joined the ladies golf league.  She loved playing golf and was very active in the league over the years.  She served as the Sponsor chairman and Social chairman and was always willing to volunteer to help out with whatever was needed.  She had a great sense of humor and always made everyone laugh.  Her husband Ed worked at the pro shop.  As much as she loved living here their desire to be closer to their grandchildren was too strong and in 2015 they moved to Bend, Oregon where she was able to spend a lot of time with her grandson and granddaughter.  She lost her battle with a staph infection on Sept. 8th, 2018.   Her life was taken away too soon and she will be greatly missed. 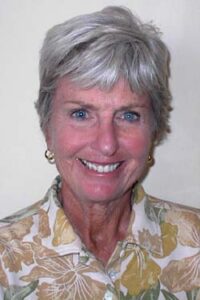 I was so blessed to be her friend and miss her so much.
Submitted by Dianne Anderson

Marlyn and her husband, Walter, moved here from Crested Butte, Colorado. They enjoyed retirement there skiing, golfing and hiking.

When I met Marlyn on  the golf course, I was a bit afraid of her though she probably was shorter than 5’. You see, she was a real spitfire!  She was also the sweetest woman.  She donated many years cooking for Meals-on-wheels in Catalina and sharing the gospel weekly with inmates at the Pinal County jail in Florence.

As she and Walter aged and needed more care, they moved to Colorado and were surrounded by family there until passing. 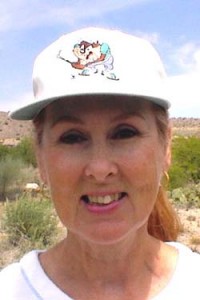 Karen Christensen, Our Best Friend
Submitted by Family and Friends

Karen was a loving, giving person whose four children and husband, Bob, always thought of her as their best friend. Anyone else to whom she felt an affinity also thought of her as his or her best friend. I really don’t know anyone who cared about individuals as much as she did. There was an aura about her that when she passed on, a light went out in the world, leaving it a little less bright. She was a beacon of caring and strength for everything that was right.

Karen loved golf. She began her love of golf by going to the course with Bob. It quickly went from watching, to playing, to two spots in the MountainView/Preserve Women’s Golf Association trophy case. The first being for most improved golfer in 2006, which was preceded by a hole in one at #13 during women’s league play. Karen was passionate about golf, and working for Rally For The Cure, in which she was instrumental in raising thousands of dollars through the women’s golf association. She continued her love and passion for golf by joining the staff at the pro shop. There was really no one like Karen and she will be loved and missed by family and friends alike.